Over the years, we have used different positioning systems and have discovered the advantages and disadvantages of each of them. Although each had their advantages, we couldn’t find the perfect solution. Then we discovered the ClikStik and ComfyRay positioners. Here are seven reasons why the ClikStik and ComfyRay positioners will help you take better X-rays.

1. They are fitted to the sensor

Both of these systems are fitted to the sensor.

A lot of other sensor companies use the Rinn XCP-DS Fit positioners, which are one-size-fits-all. They’ve got a rubber band and they stretch so you can use them for a size 1 or a size 2, but the problem is that the rubber bands are radio-opaque. They show up in the X-rays, especially on anterior shots, because there’s less radiation needed for these shots, and the lower the radiation, the more the rubber bands stand-out.

2. They are as thin as the sensor

Other positioners are too thick. The Rinn XCP-DS Fit positioner is three times thicker than some sensors! This takes away the advantage of having a thin sensor.

3. They are much more comfortable for the patient

With horizontal shots, the Rinn positioners and many other positioner systems, hold onto the sensor by the ends (long ways) of the sensor. So the side that is going into the patient’s mouth, the bite block, is hitting the inside of their mouth. You’ve got this thick, square piece of plastic that’s going up against the patient’s mouth, which is three times thicker than our sensor. That’s a big deal, and it hurts.

With bitewings and posterior shots, for example, our positioners hold the sensors from the top and the bottom (short ways), so when they’re placed in the patient’s mouth, you get the smooth, round beveled edge of our sensor that is touching the back of the patient’s mouth, so it doesn’t hurt. And you can even place the sensor further back because you don’t have this big, thick piece of plastic that prevents the technician or hygienist from getting the sensor as far back in the patient’s mouth as needed for proper placement and to get the shot that they need.

4. The anterior bite-block has a unique design that makes it nearly impossible to miss your shot

The anterior bite blocks of the ClikStik are uniquely designed because they’re positioned just a tiny bit below the actual bite surface. When you look at the Rinns and other positioners, the sensor stops right at the bite block, or the area where the patient closes. What happens with those other bite blocks is that they’ll either miss the incisal edge, or they’ll miss the roots of the teeth. It is extremely common to miss one or the other with traditional RINN and other systems.

With our anterior bite blocks, as long as the staff positions it to capture the apex, they will never miss the incisal edge. It’s impossible because of how they’re designed.  Everyone that uses them ends up loving them because they get perfect anteriors every time.

5.  The ClikStik’s straight bar positioner is the  ONLY one the market which allows handheld X-ray units to be positioned against the patient’s face with the scatter guard at the end of the cone

The other cool thing about the ClikStiks is that the metal bar slides through both the ring and the bite block. The other ones like the Rinn positioners only slide through the ring, so the bite block is at the end and then they can slide the ring closer to the patient. This is an issue with NOMADs and other hand-held X-ray devices, which are becoming hugely popular. They have what is called scatter guards, which are big plastic rings at the end of the cone. And so when they push the ring forward, the bar is still back. The length of the bar doesn’t change, so when they go to position it, the scatter guard hits that metal bar and you can’t get it closer to the patient’s face.

6. You can take bitewings really fast with the ComfyRay

The ComfyRay is one long piece that has a horizontal and a vertical end. And what’s really great about these, is that people that are coming from film or that are very experienced and don’t rely on the ring as much, can just put that in the patient’s mouth and take bitewings super fast. You just slide the sensor up and down in the horizontal positioner and it’s ready for the upper posteriors on one side and the lower posteriors on the other. You push it the other way, and it’s ready for the opposite shots. All of your posteriors are done super fast. And the vertical side can be used for vertical bitewings or your anterior. You can have the patient hold one in if needed, which makes it great for use with endo. You don’t even use the ring for this, which makes them even faster. It is similar to the “curved hemostat technique” with traditional film. All the doctors I have spoken with LOVE the ComfyRay for these single tooth procedures.

The little “shark fin” shaped bite surface of ComfyRay is curved and it’s offset from the center. So when a doctor has the endo files in the patient’s tooth that they’re working on, the doctor positions the comfy ray, the “shark fin” keeps the sensor in the correct position without interfering with the endo files and the patient can hold it in place. Again, this is similar to what (with traditional film) was called the “curved hemostat technique”. With this technique, the endodontist would put the regular film, clip it into a curved hemostat, and then just have the patient hold it behind the tooth where they’re working, and then they would take the X-ray. They can do the same with this one, but it’s kind of a digital curved hemostat technique, and it works extremely well.

If anyone’s used the Rinn XCP-DS Fit, it’s a really easy change. The way that the ClikStik positioner is put together, it’s very similar to the ORA System, one ring, one arm. We have one ring for our positioner as well. So it’s an easy transition.

If you are more comfortable with your traditional “RINN arms” – you can still use them! The bite blocks for the ClikStik will fit nicely onto your RINN arms that your staff is already used to. Just get the bite blocks and use them with your existing positioners!

The other advantage is that they are more economical. They only cost a fraction of what the other positioners cost.

To sum up, the ComfyRay and the ClikStik positioners are very easy to use. Practices love it!

Notice: Trying to access array offset on value of type null in /var/www/html/dentimax/wp-content/themes/betheme-child-2/includes/content-single.php on line 275 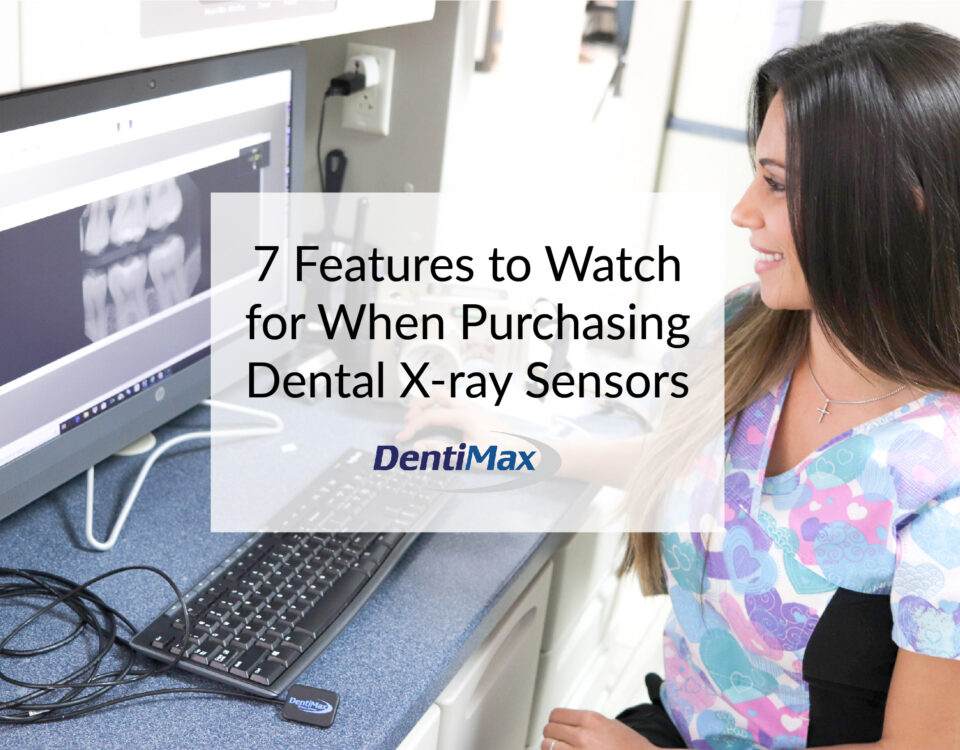